A Real Shot For Curacao

Recently, the president of the Central Bank of Curaçao and St. Maarten (CBCS) Richard Doornbosch, detailed the economic challenges facing the Caribbean market since the global medical crisis. Speaking in front of concerned stakeholders at a planned late July event in Curacao, Doornbosch presented the Central Bank’s 2020 annual report. And the facts showcased were eye opening.

With the world economy contracting at a rate of 3.5%, which is the cumulative loss of 9 trillion dollars according to the International Monetary Fund (IMF), challenges associated with the global pandemic is international in scope. But for the Caribbean, the Great Lockdown represents the largest economic downturn since World War II.

In Curacao, GDP witnessed a 19.3% decline in 2020, an alarming figure that Doornbosch stated was driven by lower foreign and domestic demand with all economic sectors being adversely affected.

“historically disruptive year for everyone, and especially for people on small and tourist-dependent island states.”

Unfortunately, Curacao was already experiencing real output declines due to the Isla refinery closure at the end of 2019. This led to double digit unemployment on the island prior to the pandemic. Now, the CBCS is reporting that

ECONOMIC DOMINOS
As economic dominos fall, spiraling impacts lead to more demands from elected officials for answers. But answers to replace government revenues dependent on tourism and energy only creates mounting stress on expenditures needed to slow and offset hardships.

In fact, Doornbosch noted that “sharp absorbers” of economic decline lead to “…discretionary measures…to relieve the burden of businesses…The remaining part of liquidity support was spent on payroll, income and unemployment support…”

Curacao’s expenditures in 2020 reached 86% of GDP, a staggering number that calls for an “all-hands-on-deck solution.” 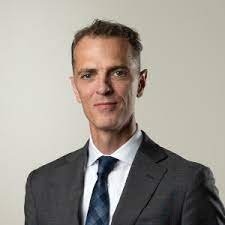 The outlook For Curacao and its regional neighbors is guarded but optimistic. As the CBCS implements strategies designed to aid in recovery, specifics are broad with little details shared.

With an overall 0.1% growth projected for Curacao in 2021, baby steps are cautiously highlighted. An expected tourism bounce in 2022 of 56% from 2019’s total could lead to recovery momentum in 2022 as GDP growth rates of 6.2% come into view. But the critical question becomes, what is the best way forward and should the all-hands-on-deck approach include a public-private partnership if available?

ENTER IBP CURACAO
According to Mike Powers, president of International Baseball Partners Curacao (IBP Curacao) the way forward is through innovation and investment.

Powers is very familiar with Curacao having promoted several projects to bring world-class baseball to the island. He negotiated Project 421 with the Curacao government in 2016 to bring an MLB academy structure to the area to assist in international recruitment. Two Memorandums of Understanding (MOU’s) were signed but the project was eventually shelved as higher government priorities took precedent.

the IBP Curacao plan to assist the island is to create a baseball model of operation to attract tourism and world-class entertainment. The goal is to revitalize the historic Johnny Vrutaal Stadium and RIF complex to establish a major baseball hub and gateway for international play and recreation.

Details of the IBP Curacao plan would include a minor league sized, state-of-the-art baseball stadium that would include corporate suites, an attached landmark hotel overlooking the stadium, and an indoor training facility that would not only work with the island’s existing baseball infrastructure but also attract international showcases and tournaments. 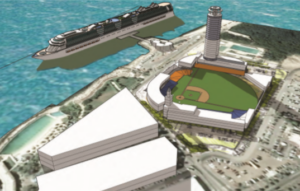 A new professional winter baseball league that connects with regional winter leagues is also included as is the ability of local baseball operators to use the world-class facility to foster continued growth of youth baseball. Further economic impact would be realized with an executive hotel anchor, scenic condominiums, a popular themed resort, and a tourist grabbing sports museum to include the legends of Curacao baseball.

“We (IBP Curacao) are excited about the future of Curacao. While we understand the hardships relating to the global crisis, we are confident that IBP Curacao can bring an economic renewal to not only the island but the region as well. Already, we have a working proposal for the new government that promises innovative economic recovery using the historic RIF complex in downtown Willemstad.”

A former certified Major League Baseball (MLB) player agent and attorney who specializes in banking and financing, Powers has long envisioned Curacao as a major baseball hub that could bring new values to the region. His experience includes contract negotiations, starting four bank-owned, equipment finance companies growing each to over $1.5 billion in assets and one to over $7.5 billion in assets. 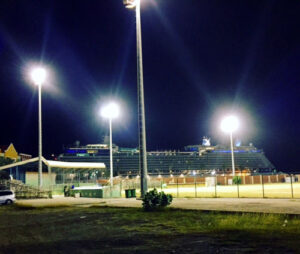 Another prominent member of the IBP Curacao team is Curacao businessman, John Daryanani. His major innovations in Curacao’s Free Zone as well as developing distribution components for the island is well known. He has managed and developed over $100MM in commercial real estate projects on Curacao and is an expert in regional affairs.

When asked about the economic climb ahead for the Caribbean, Daryanani said,

“This is a rare time in history for all of us, but I also believe it can be our finest hour. Our team (IBP Curacao) consists of experienced leaders in business and sports entertainment that can accomplish our goals and bring much relief to the area. What better way to revitalize this wonderful country than to use the heart and soul of the people, which is found in our incredible sports community? Specifically, why not take our love of baseball and share it with others?” 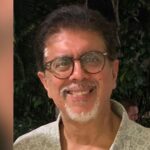 The time is now to inject new economic life into Curacao and establish the island as a hub for international baseball. It is a needed shot to bring back the economic health of not only Curacao but the region.